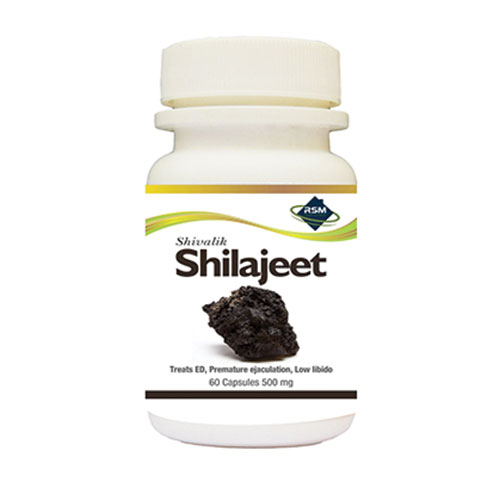 Shilajeet (Asphaltum punjabinum) known as "destroyer of weakness" is a substance that oozes out of rocks in the himalayas and is known as the "drink of the gods". Shilajeet is a drug used in Indian ayurveda for medical reasons. It contains about 85 minerals which are vital for the energy metabolisnm in our body. Shilajeet is a Sanskrit word and also has other names like Mineral pitch, Ozokerite and Black Asphaltum. Shilajeet is generally found in Himalaya regions in India, Nepal, Pakistan, China, Tibet and Central Asia. People closer to the Himalayas saw white monkeys move into the mountains in the summer months and would chew on this black sticky substance that oozed out of the rocks. They then tried mimicking the monkeys and found that it gave them energy and a feeling of total well being.

Shilajeetare collected during summer and processed by many drug manufactures. They are available in capsule form for human consumption. Although the use of Shilajeet is long-lasting it is not that much used or popular outside South Asia. Shilajeet includes amla, bioperine, benzopyrones and fulvic acids. Shilajeet has high anti-inflammatory and antioxidant properties used in reducing joint pain and inflammation.

What are the benefits of using Shilajeet?

Shivalik is the herbal manufacturing unit of RSM group.