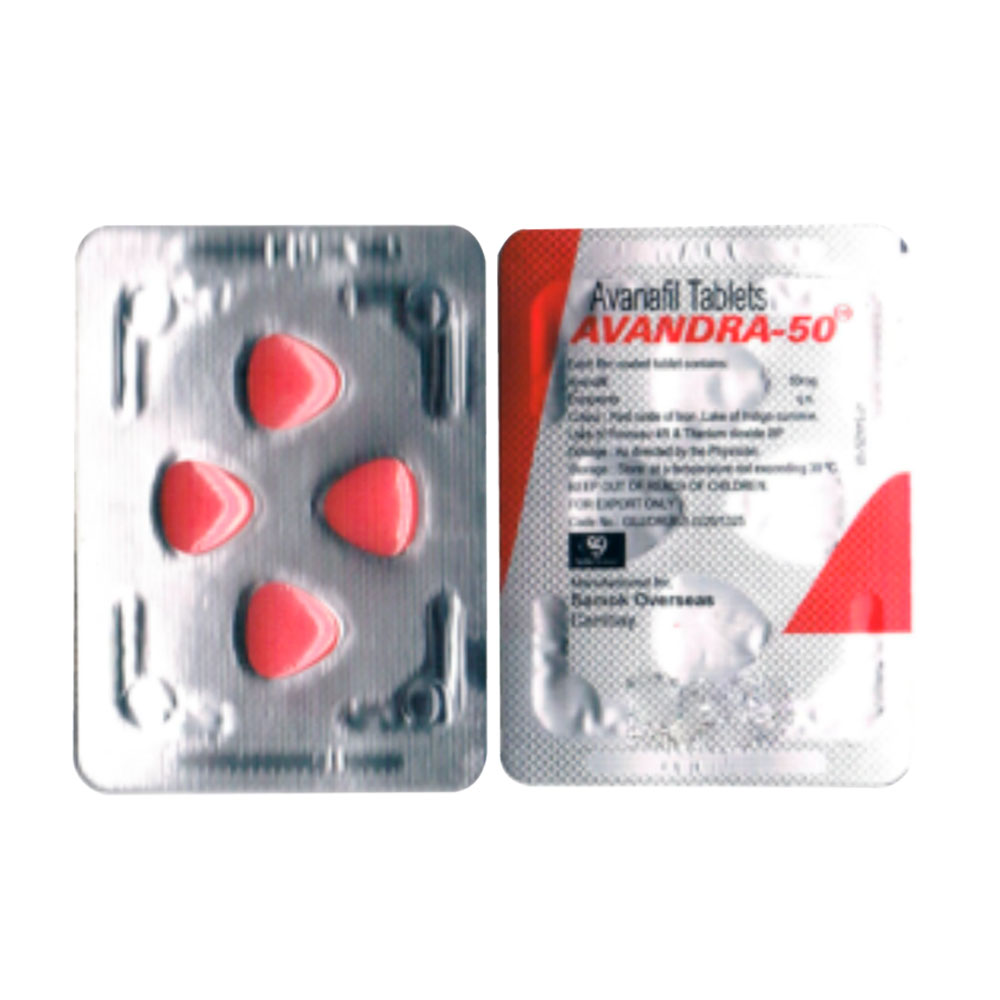 RSM Enterprises are trusted for the exporting and supplying of Avanafil. The Avanafil 50mg Tablet is basically the phosphodiesterase inhibitor element that rejuvenates the blood flow in the male reproductive system that cures the erectile dysfunction or impotency problem in men. It works by helping to increase blood flow into the penis during sexual stimulation. This helps you to achieve and maintain an erection. By using Avanafil 50mg, most men are able to successfully achieve erections, and these erections are harder and last longer.

Avanafil 50mg is used to treat male sexual function problems (impotence or erectile dysfunction) by blocking a certain enzyme (phosphoiesterase-PDES) in the body. In combination with sexual stimulation, Avanafil works by helping the blood flow into the penis to achieve and maintain an erection.

Take Avanafil 50mg at least 30 minutes before, but not more than 4 hours before sexual activity (1 hour before is the most effective). While taking Avandra (Avanafil) you should avoid meals high in fat. Foods high in fat can slow down the effectiveness of Avandra.

Who should not take Avanafil 50mg (Avandra50mg) :

Do not take Avanafil 50mg, if either anyone has allergies or taking any form of nitroglycerin or those who have had a heart attack, stroke, severe high or low blood pressure or life threatening heart irregularities. This drug does not protect against sexually transmitted diseases (such as HIV, hepatitis B, gonorrhea, syphilis). Keep in mind, it is not for persons with conditions such as sickle cell anemia, multiple myeloma or leukemia. Seek medical advice with genital deformities such as Peyronie’s disease; also if you have a bleeding disorder, peptic ulcer, or retinitis pigmentosa.

Avanafil 50mg is a prescription medication, one needs share the medical history with a doctor to make sure it is an appropriate treatment. Do not take more than once daily and consult your doctor or pharmacist for more information.